3D Printed Bricks Designed to Stand Up to Earthquakes 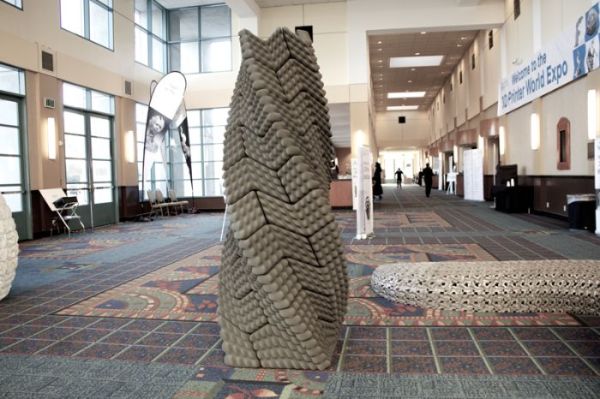 When I first moved to the Pacific North West, one of the first things I noticed was the lack of brick-based architecture – an obvious nod to life in an Earthquake zone.  But that could someday change…

According to Inside 3DP, “one California-based architecture firm, Emerging Objects, …(has) gone back to basics and reinvented the humble brick to create the Quake Column. This appropriately named pillar is manufactured from 3D printed bricks, made from sand using the ancient art of Incan masonry.

Not only can it withstand earthquakes, but the bricks require no cement or mortar to hold them together. This is due to the design of the bricks which interlock, rather like a secure 3D puzzle. Once the bricks have been assembled, they then become earthquake proof as they do not allow any kind of horizontal movement.”

And if they are made from readily available raw materials, one would hope that the cost to produce them would be low, perhaps much like the 3D printed mud homes being proposed by WASP.