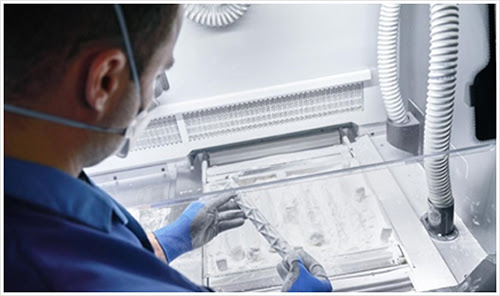 The folks at 3DPrint.com recently reported that BMW Group used the HP Multi Jet Fusion to print their millionth 3D printed car part. According to the article, BMW Group has been using additive manufacturing technologies for the last 25 years. The number of 3D printed parts in their manufacturing operations has risen sharply, with an estimated 200,000 parts to be printed in 2018—a 42% increase since last year.

So what was the millionth part? A 3D printed window guide rail for the BMW i8 roadster. According to 3DPrint.com, the guide rail was developed in just five days and is part of the first wave of parts being printed by the Multi Jet Fusion for BMW. It’s far from the only part BMW produces using additive manufacturing, however. They also use SLS and other technologies to produce plastic and metal parts for many of their vehicles, including made-to-order custom parts for their customers. Per the article, Rolls-Royce, which is owned by BMW Group, currently uses 10 different 3D printed parts for their cars.

While many car manufacturers use additive manufacturing to produce tooling, BMW Group has been a pioneer in using 3D print technologies to create the parts themselves. They first started using 3D printers to make parts in 2010. In 2012, they began using SLS to manufacture parts for the Rolls-Royce Phantom. And it doesn’t look like they have any plans to slow down. This year, they built an entire Additive Manufacturing Campus, so keep an eye on more 3D printing innovations to come.

Here at RapidMade, we know firsthand how effective the HP Multi Jet Fusion is at manufacturing high-performance 3D printed parts faster and at less cost than any other 3D printer on the market. Still, it’s exciting to see world-class engineers like those at BMW Group taking advantage of such a promising technology.

If you’d like to see how Multi Jet Fusion printing or any of our manufacturing services could help your business, get started today by filling out our quote form. We’ll get back to you with a quote in 24 hours or less!