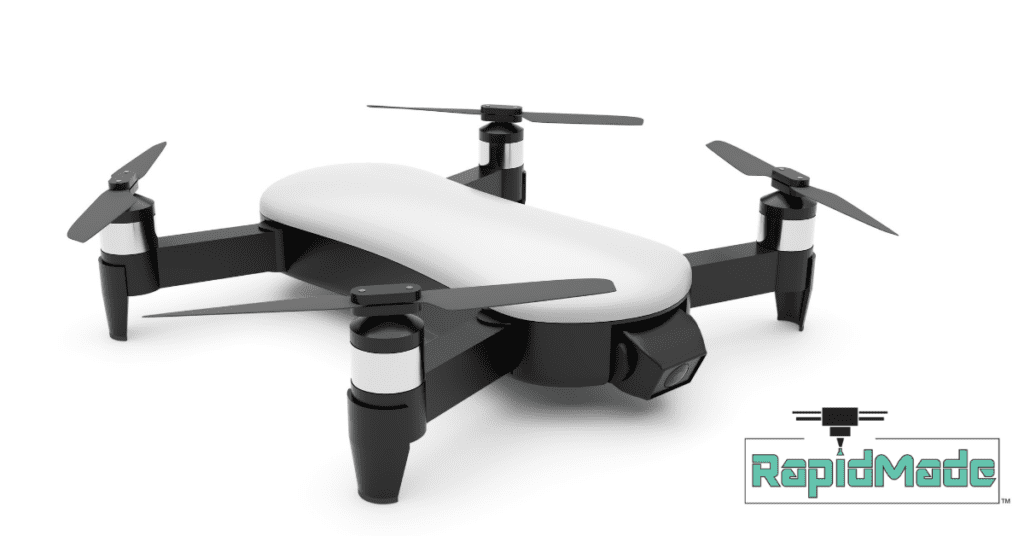 Since the 50s, Unmanned Aerial Vehicles (UAVs) have undergone a tremendous evolution. Traditionally, UAVs served as an effective resource for the military, helping soldiers carry out their missions on the battlefield. Their presence was crucial for reducing casualties and shielding troops against enemy fire.

While UAVs started out exclusively purposed for military applications, they’re now in high demand among many sectors and industries all over the globe, from fishing to LIDAR and mapping, even delivering packages. Due to advancements in technology, UAVs have vastly improved in their size, payload, energy efficiency, and capabilities, with smaller UAVs now donning a myriad of features to boost their efficacy.

One of the major drivers behind the forward momentum in UAVS is 3D printing. 3D printing has been pioneering technology for many industries – so it’s no surprise that it’s a leading factor in the progression of unmanned aerial vehicles.

3D printing has serious design freedom not available to traditionally manufactured parts via injection molding and machining. Those components require line of sight and parting lines to be manufacturable which means parts are solid and require extra material in places just to be manufacturable. With 3D printed parts, these manufacturing limitations do not exist so parts can be hollow or latticed, even generatively designed. This greatly reduces the weight of parts. In UAV manufacturing and aerospace in general, lighter parts mean lighter aircraft which is incredibly important to increasing payloads for deliveries, reducing energy use, and extending flight duration without the need for a re-charge.

Like any product in development, UAVs go through a testing and analysis phase to ensure that they function at an optimal level. Creating prototype UAVs can be incredibly costly – especially when it takes multiple iterations to get to the final go-to-market product.

With 3D printing, prototyping can be done digitally, significantly reducing the overhead associated with the testing phase. Additionally, 3D printing has the ability to streamline the production of UAV parts, resulting in a quicker, more cost-effective lead time. With 3D printing comes the freedom to tweak and design product renderings, so businesses aren’t forced to utilize (or waste) parts that ultimately won’t be used in the final output.

By using a 3D printing partner, you are able to leverage digital models to refine granular details and test various features. What’s more, you have the flexibility to create parts you weren’t able to previously due to the restrictions of using traditional manufacturing methods.

Drones, for example, have become incredibly popular in recent years – becoming a mainstream product consumers use to take aerial photos and videos. With the rise of social media influencers, the need for drones has become increasingly prevalent need. Thanks to the versatility and cost-effective features of 3D printing, drones can be produced in a manner that’s affordable for the everyday consumer.

Manufacturing Costs Are Down

Commercial drones are generally manufactured in smaller quantities of hundreds or thousands of units. When manufacturing such small production runs of complicated machined that have dozens or hundreds of part numbers, tooling costs can run incredibly high. A drone made from injection molded components could have hundreds of thousands or even millions of dollars in tooling needed to manufacture the components.

Although that may make sense for consumer drones where hundreds of thousands of units are solid, it is incredibly costly for short-run commercial drones. Using 3D printing technology to manufacture your drones has zero tooling costs – which can save you a fortune in production, even if the unit cost is ultimately slightly higher.

Not only will businesses see a corresponding uptick in revenue generation, but they will also enjoy a decrease in the production time associated with manufacturing UAVs. The time between paying for tooling and getting your first production parts is often months – months of huge amounts of cash out of pocket with no revenue to show for it.

With 3D printing even if the unit cost is higher and it cuts into margin at least you are able to get the product out into the market right away and start booking sales, generating interest, and generating revenue. Even if mold tooling is the eventual right choice for your product, manufacturing via 3D printing makes sure your design is tested which will avoid costly issues down the line and lets you sell the product while your tooling is being manufactured and perfected.

What Areas Can UAVs Be Used In?

With the help of 3D printing, you’ll see UAVs benefit:

3D printing has been applied to many different fields, like robotics, medical and heavy industrial – and now we’re witnessing how it’s propelling the forward momentum of the UAV industry. With cheaper parts and a faster production time, 3D printing for drone parts is proving to benefit both businesses and end-users. To see how RapidMade can help you with your 3D printing needs, contact us to get a free quote today. 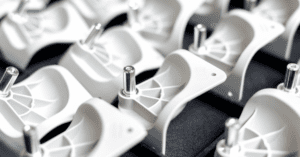