Thermoforming is an affordable technology for creating packaging, trays, panels, housings and more. These parts are durable, inexpensive and relatively quick to produce. Thermoformed parts can be rigid or flexible; opaque or translucent; and come in a variety of materials with different mechanical, thermal and chemical properties.

Because of these design restrictions, it is essential to follow certain guidelines when creating thermoformed parts. Doing so will help create more accurate and durable parts in addition to prolonging the life of the molds for each part. We put together this guide to cover the general principles of thermoforming design for manufacturing as a place to start thinking about any thermoforming project. 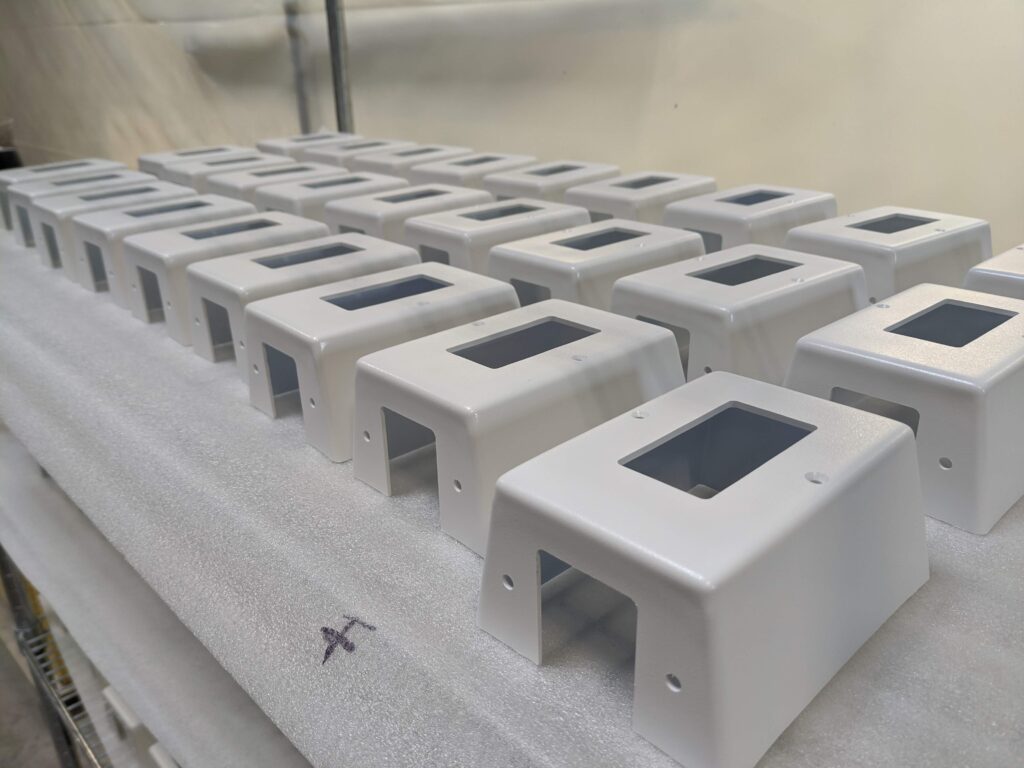 Fundamentally, thermoforming works by drawing a hot sheet of thermoplastic down onto a mold. Each draw uses a single sheet. These sheets can be formed into one or multiple parts depending upon the size of the part. Increasing the number of parts created per draw is one of the best ways to decrease the cost per part of thermoformed products.

After the hot thermoplastic has been drawn down over the mold, a vacuum may be used to suck out any air and accurately reproduce the details of the mold. This process is referred to as vacuum forming. Once the part has cooled, any excess plastic from the sheet is trimmed away leaving a finished part. These cuts can occur at the base of the part, along the wall or in any number of custom variations to create features like holes and slots.

Before thermoforming can begin, tooling needs to be made. These molds and trim jigs can be 3D printed, cast, or machined. If the final product is going to be translucent or transparent, the mold may need custom finishing like sanding or polishing in order to achieve optimal surface finish as the finish will pick up on the tool side of theparts. Depending upon the technology and material used, the lifetimes of these molds can range from hundreds of forms to permanent tooling for unlimited forms.

How to Design Parts for Thermoforming

Because thermoformed parts are formed from a single sheet and need to be pulled off of a mold once formed, there are some specific design factors that must be considered when developing thermoformed parts. These include draw ratio, material thickness, draft angles and detail. When designing for thermoforming, it is also important to allow for shrinkage as the hot plastic cools. This will not only ensure that the finished parts have the desired dimensions, it will also allow the part to be lifted off of the mold without damaging the part or the tool. 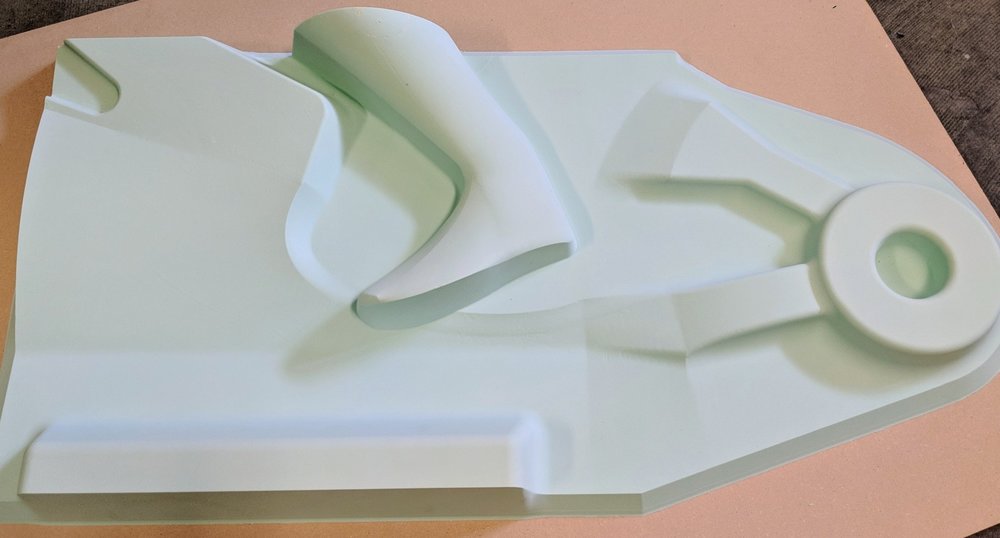 Because plastic sheets shrink when they cool, all thermoformed parts require some draft to ensure they can be removed from the mold. If the mold is of an internal cavity only, also known as a female mold, 2-5 degrees of draft is usually sufficient. If your mold includes raised features, it must have a minimum draft of 4-8 degrees to compensate for shrinkage during cooling. Small undercuts are possible with thinner plastics, however, larger undercuts or thicker materials will need to be made in multiple parts, leading to increased production time and expense.

Our thermoformers have bed sizes starting at 19” x 17” and a max draw depth beginning at 11.5 inches. Within these ranges we can also adjust forming windows to accommodate smaller sizes of 5” x 5”, 11” x 11” and 15” x 15” to reduce material costs for smaller parts. For larger parts, we can form up to 4’ x 8’, but this requires a custom vacuum box and sheet cut.

To determine the length and width of your window, we recommend adding your part’s height to both its length and width. For example, a part that measures 8” x 4” x 2” would need at least a 10” x 6” window.

When designing a part to be thermoformed, draw ratio, or the proportion of depth to the width of the part, is one of the most important considerations. The depth of any cavity cannot exceed a 4:3 ratio of depth to width. For optimal results, we recommend keeping as close to a 1:1 ratio as possible.

To find the overall draw ratio, divide the total surface area of the 3D part by the part’s 2D footprint as seen from the top. Though there are other details that determine design compatibility, draw ratio is a good place to start.

Thermoplastic sheets come in a wide variety of thicknesses, ranging from 0.020” to 0.250”. When thinking about how thick of a sheet to use for your part, it’s often helpful to find the thinnest point of your part for each sheet. To do this, divide the sheet’s thickness by the draw ratio of the mold. This will give you an idea of the thinnest point for your part, though, in reality, it will vary above and below this.

The thinnest point will usually be at the corners of internal cavities, followed by the corners of ridges. To minimize thinning, we recommend keeping radii on corners and edges as large as possible, especially at the bottom of cavities and channels. As a general rule of thumb, parts should have a minimum fillet radius of ½ the material’s original thickness on the inside of the bend.

Common Issues that Can Occur when Thermoforming

Thermoforming materials like HIPS, PETG and ABS offer a range of mechanical, chemical and aesthetic properties. Thermoformed parts can rigid or flexible; transparent or opaque; and food-safe, heat-resistant, chemical-resistant, or UV-resistant. Below are our most commonly used materials for thermoforming. To get more information about any material, check out the included data sheet for all the specifications.

Our most commonly-used material. Inexpensive, functional material that can be brittle at low temperatures and can off-gas at higher temperatures. Used for packaging trays, covers and light-duty structural pieces. Food-safe versions available.

Medium-cost impact-resistant engineering plastic which can be flame retardant or UV resistant when blended with other materials. Used for high-end packaging and moderate-load structural components.

Medium- to high-cost engineering plastic with high stiffness, impact strength and temperature resistance, plus options for UV and scratch resistance. Often used for glass replacements on phones, TVs, lights or glasses, as well as high-temp applications. Harder to form than most thermoplastics, especially for fine details.

Moderately hard, inexpensive plastic with high chemical resistance. Does not off-gas at high temperatures. Chemical and thermal durability makes it well-suited for chemical-resistant containers. Higher shrink rate than other materials, which lowers tool life and increases variability between parts.

Moderately-priced alternative to PE which improves thermal and mechanical properties. Higher level of chemical resistance than most plastics. Can be used as an engineering plastic. Used for chemical-resistant applications, including food contact.

Hard engineering plastic with strong mechanical properties as well as high chemical and electrical resistance. Can be made rigid or flexible. Used for certain chemical-resistant containers.

An inexpensive, rigid and brittle plastic with relatively high UV resistance. More difficult to form than other plastics. Not intended for tight bends or details. UV resistance makes it well-suited to outdoor applications.

Traditionally, molds for thermoforming have been machined from urethane or aluminum. Now, 3D printing has become an excellent choice to produce tooling for parts smaller than 11” x 15”. 3D printed molds, especially those produced with Multi Jet Fusion printing, significantly lower the cost per part and speed up production time when compared to machined molds. Moreover, they can easily achieve complex shapes like undercuts that would be expensive or impossible to machine.

Ultimately, each technology offers different strengths for the tooling process. Molded tooling, for example, is good for creating multiple long-lasting molds. Machined tooling is a better option for making large molds, and, depending on the material used, can be permanent or semi-permanent. Even among 3D printed molds, there are different ideal applications for each type of 3D printer. 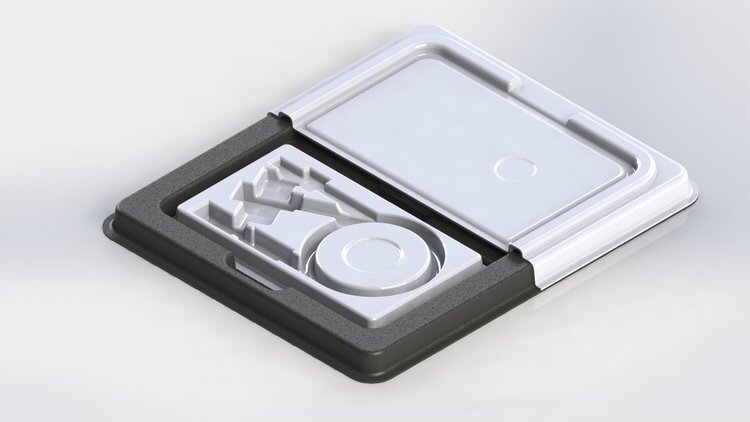 Once the thermoplastic sheet is formed around the mold, it must be trimmed of excess material to create the final part. The type of cut used at this stage will impact the cost and speed of the finishing process. Trimming in generally done on a 3 Axis or 5 Axis CNC mill or if simple enough can be done with a hand router or on a table saw. Most capable forming shops will employ many different CNC machines and other tools to give great versatility in the trims they can accomplish.

In addition to creating the final part shape via trimming the outline from the formed mold trimming is vital to creating other features in a model like mounting holes, openings, vents and much more. 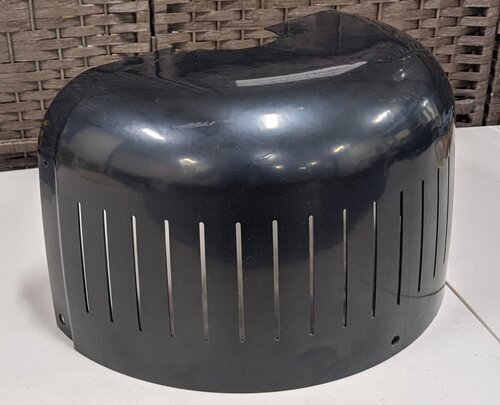 Custom finishes are a great way to add improved aesthetics and functionality to thermoformed products. Like all of our products, we offer a range of finishes for our thermoforming services.

Custom paint can be applied to formed parts to achieve a variety of colors and lusters. Custom pantone and RAL color matches available as well as lusters from flat to high gloss.

A clear ESD coating to give your plastics electrical discharge that can be applied to plastics including PETG, ABS and PVC

Get a Quote on Your Thermoforming Project Today

Thermoforming is a great plastic manufacturing technology with a wide range of applications. When paired with 3D printed tooling, it gains even more utility.

If you want to get started with a thermoforming project, RapidMade can help. Get started today by getting a free quote and design analysis in under 24 hours using our quote tool, or learn more by contacting us or one of our regional sales representatives. 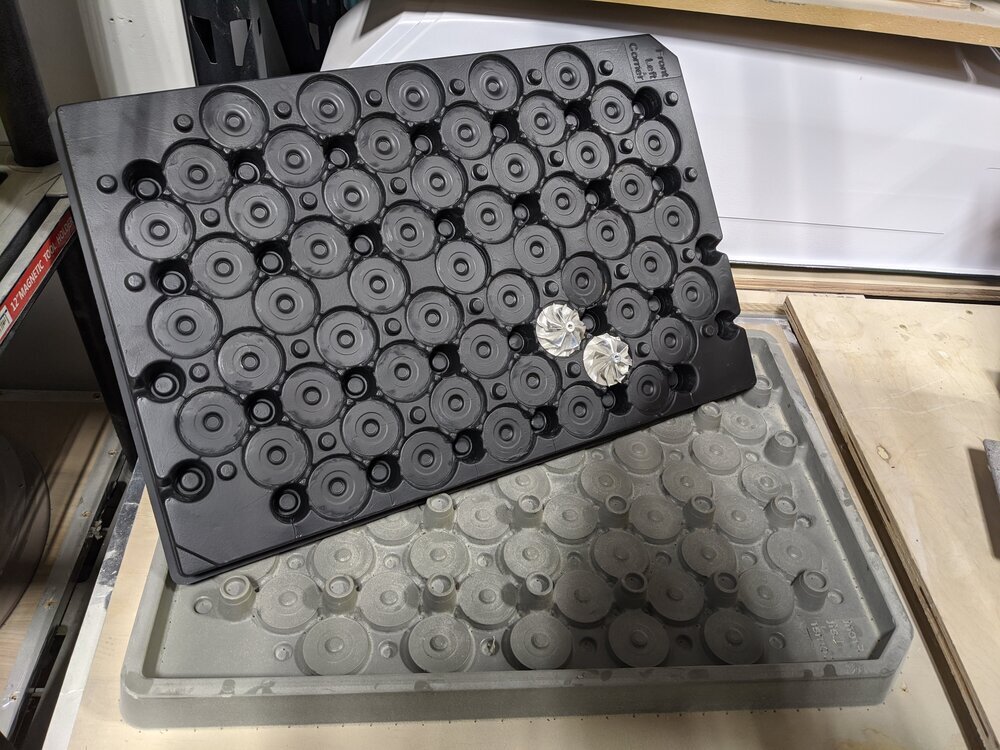